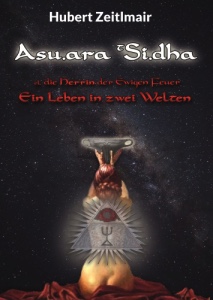 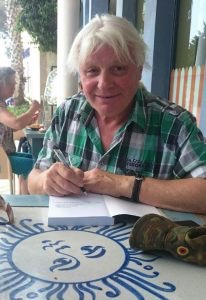 The story of this book is a stunning research report that takes us back to a time long forgotten, back to the genetically mysterious origins and purpose of mankind. The contents of the book provide the key and the inspiration behind it to illuminate one’s soul path. How to find out … Who am I? Where do I come from and … to which destination will my destiny lead me on the path I am currently moving on?

In a fascinating way, Hubert Zeitlmair takes us to a distant time when the sun created its planets and the Earth began to exist as a result of a cosmic correction. We come to the legendary era of Atlantis, the time when the wonderful Extraterrestrial Virgin Virgines lived on Earth together with the giants and primeval humanity, nestled in a peaceful world with a common language and writing.

Furthermore, it provides conclusive evidence that the land mass of the earth was once divided into four territories and the territory of Atlantis was one of them. In his remarks, Hubert Zeitlmair further clarifies that the Atlantis Territory once reserved and preserved the extraterrestrial, highly intelligent virgin women known as DinGir, once lived and lived to live for those who became known as Dingir!

He is so far the only one who identified the entire Mediterranean Cauldron as the Atlantis Territory and the crossroads in the middle, today’s archipelago of Malta, as their headquarters and energetic heart center.

In this regard, he explains in understandable terms the principle of operation of the power plant still existing there and the high-frequency auroral energy generated there, which has been propagated from here through the – for many puzzling – electromagnetic grid across the earth and is still. Did the misuse of this radiation-active energy lead to the devastating global tragedy that became known as the Flood or the fall of Atlantis?

In this respect, not only does the incredible energy of the Maltese archipelago bounce our hair, the well-founded answers in Hubert Zeitlmair’s book cause it as well!

My new book has appeared!

Asu.ara tSi.dha & the Mistress of the Eternal Fire
– A life in two worlds –

It can be ordered directly from me in advance; Of course, as a thank you the customer receives a personal dedication!