Let us now follow the story as it transpired to us from the very beginning. In so doing, we ought to be able to interpret this concept of Plant of Birth.

The Plant of Birth was synonymous with the Tree of Life, which was directly associated with longevity and Royalty. At first however, we must occupy ourselves with the blood line of Mistress Ashtar-tara whose inherent Extra-terrestrial blood highly potent is because she is of pure-bred Nibiruan stock! Therefore she is held to be the »cup-bearer«, the transmitter of the power of our Nibiruan creators on Earth!

With the end of the Atlantis-Era something special must have been occurred, what had induced the post-flood writer/authors of religious concepts to hide Ashtar-tara’s blood heritage, and to veil her messianic line so that the existence of her family tree can be categorically denied until the present-day.

A Phoenician text written in Semitic language that also is available in Egyptian hieroglyphs, delivers a concrete hint to unveil the mystery mentioned above. The text tells the story of God Poseidon’s‘ love for his spouse and her ꞌseeminglyꞌ tragic end. With the emergence of the Islam, the Phoenician copy later was translated into the Arabic and from there into Greek. A version in English is available to me, which retained the rhyme, the meaning of the words respectively the effect of the formulation without any subjective interpretation. Read the epilogue now reproduced in full.

He (Poseidon) saw her hair as dark as charcoal.

Beheld her beautiful ivory face, with

and orichalcum (bronze-red) lips that smelt of mace (combative).

From silky neck his gaze then wandered

to golden breasts that looked aside;

to waist and buttocks of white marble.

This brought his deep groin (groom) there to abide!

He (Poseidon) loved her from the first moment;

adored her all, her proportions and grace.

Made her Queen of Atlantis,

Mistress of her kind, race.

Then… her bronzen body he made eternal

at the temple (centre)

in his kingdom that he protect.

He compels her in stone and an everlasting spell.

But SHE still lives amongst her people,

her kind  and her bloodline did not immerse (survived).

He (Poseidon) retained her body

within deep waters and a curse!!

Forced into stone means: Deep down in a mount, there is a sealed (magic) chamber in which she rests (sleeps)!

The chamber is like an Ice crystal, shrouded by high frequency fine electromagnetic waves. There she is in a state of suspended animation ≈ beyond the 8th Samādhi; that means … she is sleeping the “Goddess”!!

This epilogue differs a little from all the others because it gives a total new meaning to the Atlantis story.

Read it again… and find parts, a beautiful one and the sinister one. 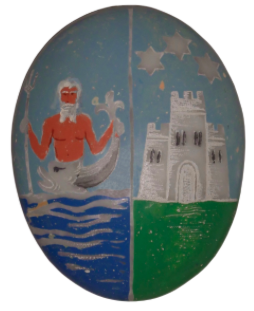 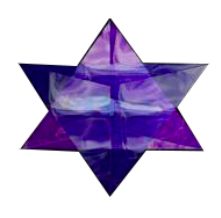 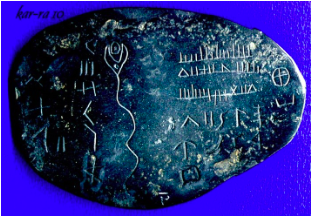