If one get besides the archaeological and historic understanding the benefit of an understanding of the primeval Etymology and the Etyma of words, phrases and concepts then you realize that what was dark and unclear previously, suddenly is illuminated and sharp. »             2017«

The b figurine visible belbow, one of the most important art-historic stone works, which the museum for archaeology in Valletta Malta has to exhibit. Because of the inconspicuous size of approximately 4x2x1 centimetres, the artefact was probably neglected in its significance and therefore they had never focused real attention on it. So the people in charge of the museum didn’t realize that this stone sculpture shows proto-Sanskrit script signs! 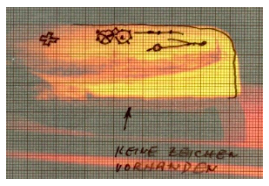 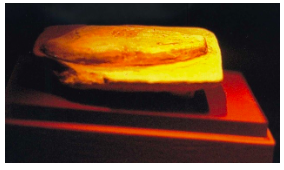 It is no question indeed this rather small Stone carving actually depicts a stone bed with a lying person on it (a woman?!) covered with a sheet; similar to the custom of covering a dead body with a sheet. On the pictures photographed by Walter Brunner from Bättwill city in Switzerland, the puzzling signs are recognizable very well on the figurine. I could translate the signs and I can tell… the established official interpretation is pure speculation!

»The head… the Commodore of the age.«

In other words: It is the Queen Ashtar–tara of Atlantis, the Mistress of the lower Land, she is not dead but was put in the state of suspended animation (Samādhi) a state of artificial coma by Asu.ara tSi.dha Poseidon! The Sleeping Goddess rests beneath deep rock in a time capsule, and a curse falls on anyone who dares desecrate her subterranean chamber.

This is stated on the stone tablet  vi.ra 59;

So shall it be, there where it lasts (the ban curse),

My avenger and protector it shall be!

I interpret the two lines as follows:

»All those, who intend to disturb or damage Ashtar-tara’s state of suspended animation in order to bring about her final death, shall suffer the same fate«!

She is there in peace to her restoration for a period of ‘two-and a half shars’, until that time in the ‘10th’, of the running cycle, when everything is ready for her return. This brings hope for us in this time of increasing violent!

The myth of a ‘Sleeping Mistress’ spread on Malta definitely has its entitlement! The stone tablet texts kar.ra 13 and 16 from the Burrows-Cave, have a direct reference to the figurine from Malta.

A shar – According to Sumerian records a shar is a measurement unit.

More to this topic you will experience at may Seminar/Course on Malta…. Have a look at tha link “Pilgrim journey to the islands of femininity