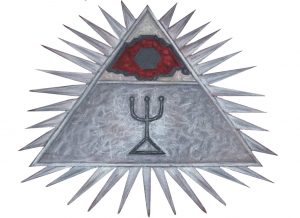 We offer touch-able research into mankind’s Prehistory and especially into the forgotten legendary civilization of Atlantis!

We are a Non-profit organization in Malta with Court-register-No.: 111.

Also, we believe in the continuing existence of the Atlantis society and their leader who are… the Great goddess, mistress Ashtar-tara and her Twin-soul brother and spouse Asu.ara tSi.dha also known as the creator God Poseidon!

We trust in this belief and in consequence we received an incredible inheritance of “Inconvenient truths”. This is no good news for the supporter of the, since centuries valid, standard mainstream-philosophy of a low cultural level.

I am Hubert Zeitlmair h.c.Dr. from Bavaria state, Germany; Professor for Prehistory & Atlantis research; Founder and research executive of the Maltadiscovery Prehistory Research Foundation No. 111; Discoverer of the unique underwater Megalith-temple complex of Gebel Gol-Bahar.

My previous life-commitment I have spent for the search of my primeval roots and my personal blood line.

Thanks to the great Goddess I was gifted with the understanding to read very ancient texts, such as from the period from Atlantis engraved on stone-tablets.

However, the more deeply I went into mankind’s past, the more I realized that not only electricity is polarized +/- all the matter is it as well.

That means… every object respectively all life-forms originated with the omnipotent deity’s first cell division in pairs!

This is also valid for the Higher-Selfs/Souls and the physical bodies of the genius human being but also for all the other creatures on earth; like animals, plants and inorganic materials like stones etcetera!

… and suddenly, I understood the, since three decades lasting inner feeling of the “lacking half”; the feeling  not to be complete!

Thus I realized in order to work effectively everyone’s energetically two inner vortexes +/- must be balanced out. Only them one is able to start the search for the counter-phase shaped mirror image!

The Twin-soul vibrates one the same frequency therefore it is the ideal “dual counterpart”!

In this regard I am asking you…

Have you the feeling to be incomplete, and like to go on the way searching after wholeness then…

You can experience all this during my seminar and the Workshop-excursions at the energetically high powered places!